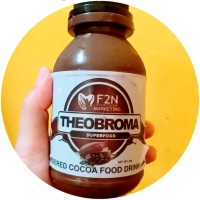 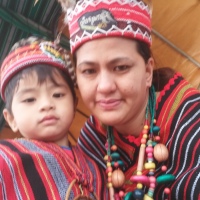 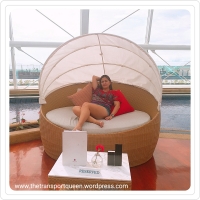 There was an error retrieving images from Instagram. An attempt will be remade in a few minutes.

All about the blog

There was an error retrieving images from Instagram. An attempt will be remade in a few minutes.

Diaries of a Transport Queen

Diaries of a Transport Queen

Today’s digital world exposes us to thousands of people outside of our real life connections. The social media is a powerful tool if used properly – communication to loved ones, earn income via ads thru facebook and websites. This EARNING POTENTIAL makes it also a potential market for bad guys — thus the CYBERCRIME.

Cybercrime is any crime that takes place online or primarily online. Cybercriminals often commit crimes by targeting computer networks or devices. Cybercrime can range from security breaches to identity theft. – definition by Symantec

The most common cybercrimes I have personally witnessed done to my friends or to me myself are the following:

I am also receiving e-mails that seems to be legit like the below sample, please check as this might also happen to you.

Look at how many times this fake e-mails are coming thru in a day to entice me to update my BDO Accnt.

2. Identity Theft – This can be done in 2 ways – 1. Hacking your account via fake registration links,
2. Manually copying your picture and name and signing-up a new facebook account and then sends messages to relatives, friends asking for money due to emergency reasons.
So be wary of friend requests (I usually ignore 2nd account friend request). If you can’t help it message the original fb account or better make a call so you can verify if the request is legit.
3. Using your photos, and information to pretend to be you for other purposes

3. Fake news – YES, fake news usually spreads so quickly and more often the victims are Entertainers and politicians. But there are also infamous victims and I become one of them. Yes, I am a victim of fake news. The culprit used one of my photos and attached it to a fake “click bait” site and another photo was used (obviously not me) and then orchestrated a “seem so true fake news which was so controversial in nature”. Famous news headline was even used like 24Oras, to gain more attention. I felt so betrayed, so mad but I cannot do anything but to report and ask friends to report the post as spam.

How to spot a fake news? The news content will be so controversial like the death of famous artists, or sex scandals, or child abuse. Then once you click the link, you will be re-directed to a non-existent web article. This is called “click bait”. You think nothing happened but the culprits may have already captured your identity, and they earn from clicks. Usually they are after to the number of clicks to be counted as ad views and eventually earn from it. How sad though, that facebook (the social media site where these usually happens) were quick to ban a legit post, or page more than banning the fake news post. The bots of facebook should improve in identifying “damaging posts” and should deactivate users who consistently share fake news. Yes, as I did my own investigation. I noticed these culprits shared more than one fake news to different facebook groups and shares the link to as many groups as possible. These should have been included in the monitoring of facebook for fake news. The issue of facebook’s inability to shun the spread of fake news was even called to Senate hearing. The experience is traumatic, its been days since I had the courage again to check my accounts.

4. Cyber Libel – posting about a certain person intended to destroy his/her reputation. Usually, this happens to persons who have a “real life” issues, posting negative remarks against an individual.

5. Cyberbullying – bashing, group bullying ex. 10 group chat members vs 1 over a specific topic which will humiliate the victim.

7. Posting nude photos of an ex-bf/gf as a threat especially if the other is asking for separation

8. Child abuse – pedophiles are lurking into our social media accounts. Check videos/photos of your children before posting.

What to do in case you are victimized?

Unfortunately, once cybercrime has been done the damages are irreversible. The internet is faster than the action of the authorities but this fact shouldn’t hinder us from reporting.

Do you have a similar experience? Feel free to share below and let’s support each other!

TheTransportQueen is a Super Mommy who loves everything and anything under the sun. She's a traveler, an entrepreneur, a supporter of different advocacies, an environmentalist and a Cooperative Movement advocate. You can catch her in blogging gigs if she's not busy in monitoring a fleet, or in diff. Coop activities. Going out somewhere out of town is her favorite part of the weekend with family. Learn more about thetransportqueen at https://thetransportqueen.com/get-to-know-the-transport-queen/ View all posts by bunting

This site uses Akismet to reduce spam. Learn how your comment data is processed.